Hello! There's a lot to share with this update, all very exciting! I will try to keep it short...

I recently went to New York City because a picture book that I illustrated, I Forgive You, written by Nicole Latiaf, won a Christopher Award! The awards ceremony was on a Wednesday evening, which of course was very out of my normal routine! I had to keep telling myself, "you are actually here and this is happening" as I stood in a room with decorative people and giant windows looking out across the city.

Nicole and I both won an award for creating a book that "affirms the highest values of the human spirit" (the motto of the Christopher Awards). I met Nicole a few years ago at an SCBWI conference in Miami, and her vision reflects my own philosophy of bringing something new, something beautiful and something filled with light into the world. It has truly been an honor to have collaborated with Nicole on this powerful book and have it be recognized as something that "shines light in the darkness" by teaching children how to forgive just as Christ forgives. 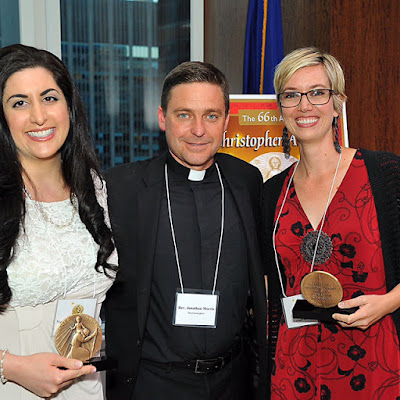 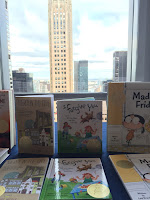 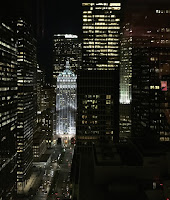 I stayed a few more days in the city and made arrangements to meet with two publishers, creative director David Saylor at Scholastic, and editor Julie Matysik at Skyhorse. They graciously spared some time to review my portfolio and offer feedback. It's so nice to meet people in person since all we do nowadays seems to be via email. I had met David once before when he was a guest juror for the Best of Ringling show at Ringling College last year. And it was my first time meeting Julie, who was the editor for Kerry O'Malley Cerra's book Just a Drop of Water, of which I illustrated the cover. 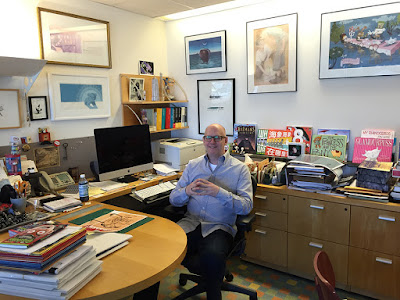 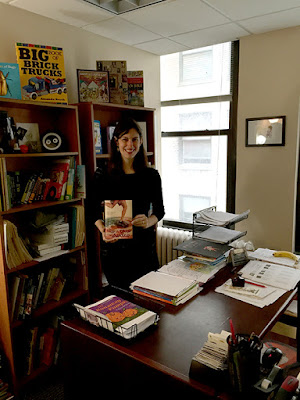 I also made it to Sketch Night at the Society of Illustrators! They had a themed modeling session described as "human kinetics", where two dancers wore a sort of stretchy red costume that connected them to one another. They would use the tension of each other's body weight as a counterbalance that would allow them to assume really dramatic poses. So cool! For the first 20 minutes, they continuously moved at a very slow pace, so I tried to capture a sequence of gestures. 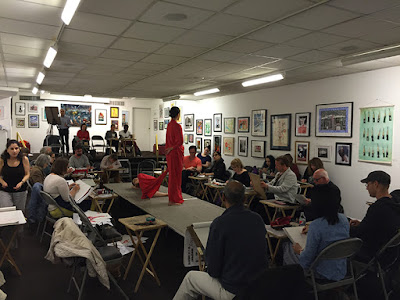 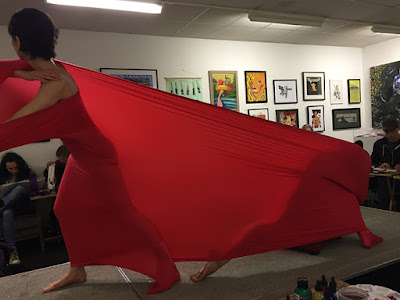 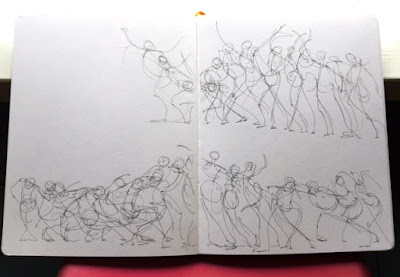 I also did some sightseeing.

I visited the 9-11 Memorial Museum. When I visited NYC in 2012, the One World Tower and museum were still under construction, so I was looking forward to seeing the progress and paying my respects. The museum was sobering. Everyone walked through slowly, quietly, as though in a daze of disbelief that such a horrific event actually took place. You could see people's own recollections of that day on their faces...people from all over the world. It's a struggle trying to describe the feeling of being there, but this motto from the gift shop says it best: 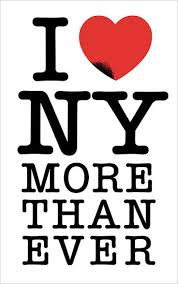 On the other hand, the One World Tower was stunning! I was one week early of it's grand opening so I didn't get to go inside, but will next time! 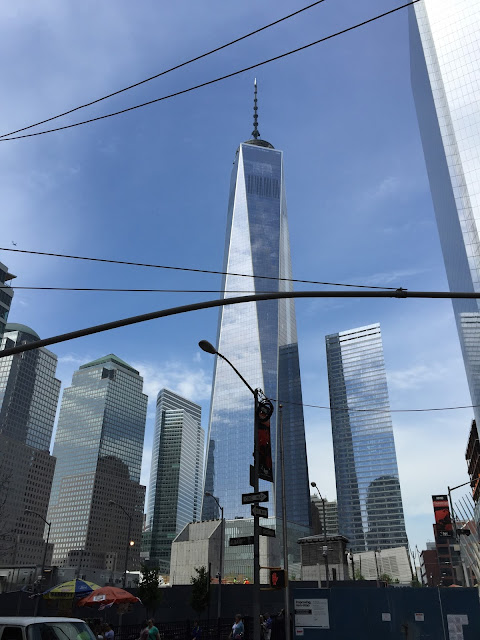 Did I mention that the weather was BEAUTIFUL? Clear skies, sunny, a light jacket required. And spring was in full swing at Trinity church with blooming irises (I'm fascinated by the centuries old graveyard, I visit it every time). Later on, I was delighted to see a small traveling collection of Van Gogh's irises and roses at the Met. Interestingly, Vincent experimented with a different red pigment and over the years it completely faded and left the roses white. 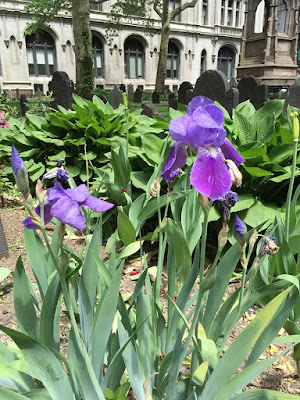 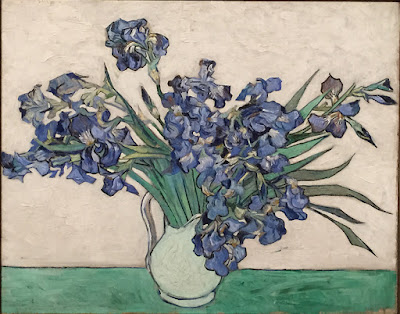 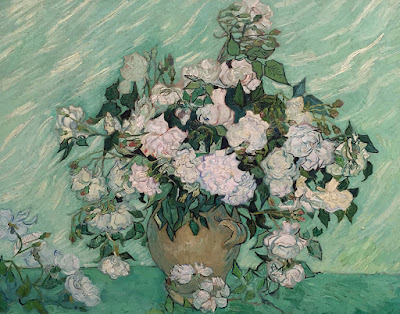 I also visited my ALL TIME FAVORITE thing in NYC - the dioramas at the Natural History Museum! They are world class and oh so beautiful! The background paintings and the seamless integration into the foreground create such a realistic illusion, I stand in awe and marvel every time! I found myself sketching in good company with a few art instructors and students from Syracuse. 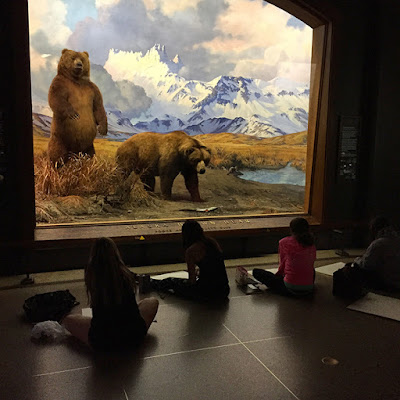 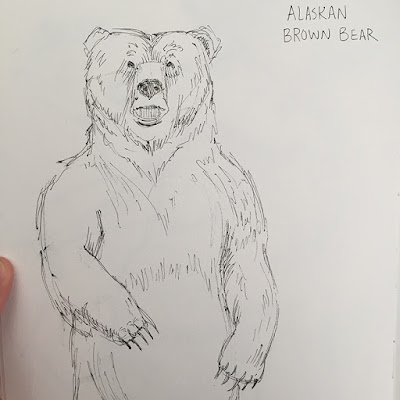 Late one night I decided to go to the top of the Empire State Building. It was awesome seeing Times Square at night from up there (so bright!) 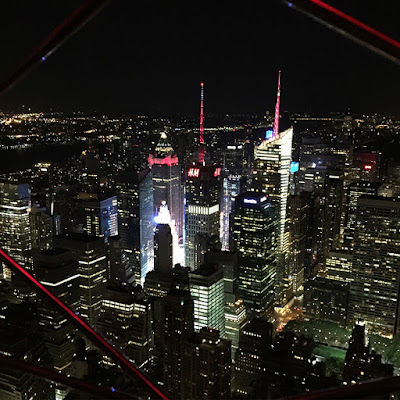 I could go on and on about other things....like *almost* buying this cute dress I found at Saks 5th Avenue (LOL yeah right!) 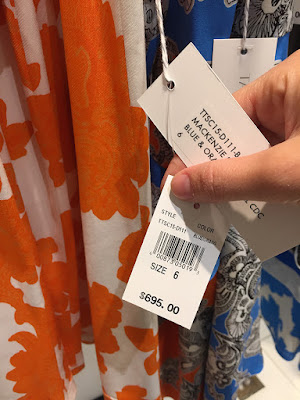 But that's pretty much all the highlights it in a nutshell! And before I close and get back to work, I do have two more quick exciting announcements:

1. I Forgive You also won an "Excellence in Publishing" award from the ACP! (Association of Catholic Publishers)

As for me, I am currently finishing up a small picture book called My Pet Spider and illustrating an article for the December issue of Highlights magazine. Here's an almost finished sample: 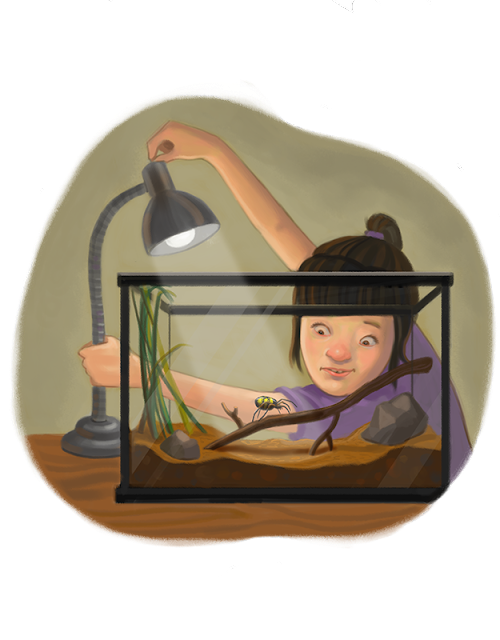