The SCBWI Miami chapter recently held a Writing and Illustration contest for members. The prompt was "Robin's gift was different from all the others."

It took me a while to come up with an idea I liked because the imagery could literally go anywhere. I ultimately decided to put a spin on it by giving "Robin" the Gift of Tears. While at first it might seem like a curse more than a blessing, it is an actual spiritual gift according to Catholics, where one "weeps for the sins of the world". It is in essence, deep empathy for others that proceeds from a softened heart.

So, here is my contest submission! I began with an acrylic underpainting then went on top with oil, and finished with a few digital touches. 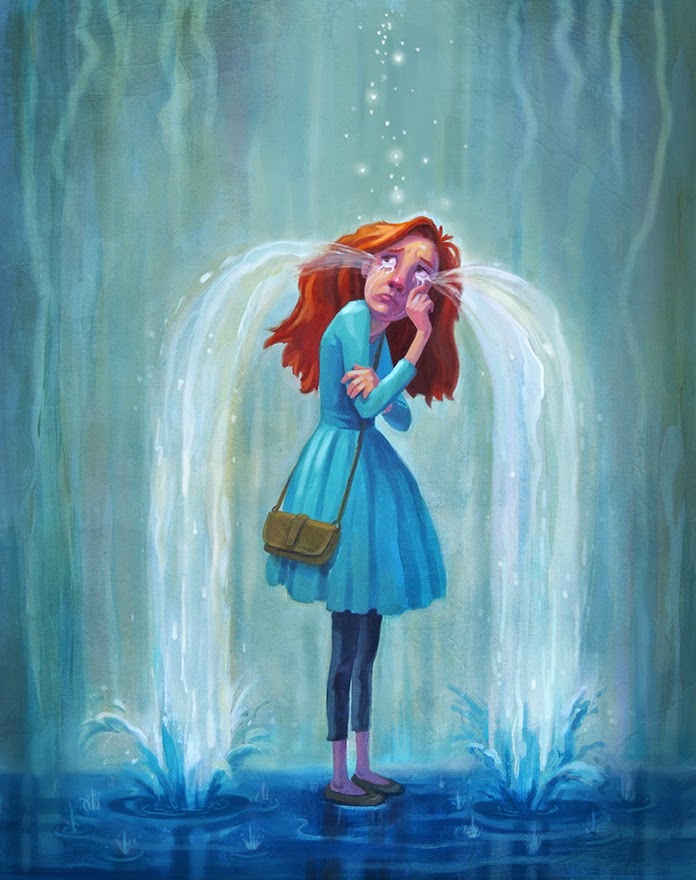